I'm trying to gather other details such as the "when" part.

The best I can puzzle out is that Robblog, Yellow, Thom and Princess Zippy will be joining us. As Thom and P Zip are travelling the farthest, I have empowered them to set said "when." Stay tuned.

Hoping Charlie will come. Awaiting further news from him.
Posted by SadieKate at 10:42 AM 2 comments:

It's my birthday and I can ride if I want to!

Plans were hatched last night to ride the Emigrant Trail near Truckee as we celebrate my attempts to go down with grace and dignity (remember to go for style points with every fall). We’ll post more details later but assume this is an all day adventure.

Let me know if you’re planning on joining us.
Posted by SadieKate at 9:28 AM 5 comments:

Here is the final design - note that "Fast Friends" is actually over the green cuff on the sleeve. Ladies and smaller sizes will have less of the overall design, the sketch represents a men's large jersey.

I sure hope you like it. Shipment is expected the first week of October.

Spazzdog, thank you so very much for all your hardwork. Couldn't have done it without you. 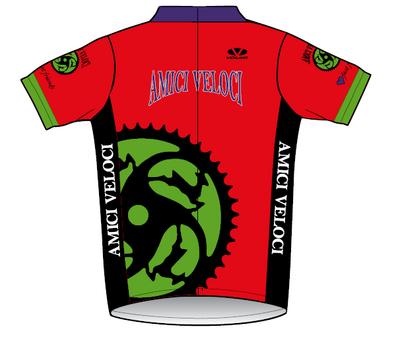 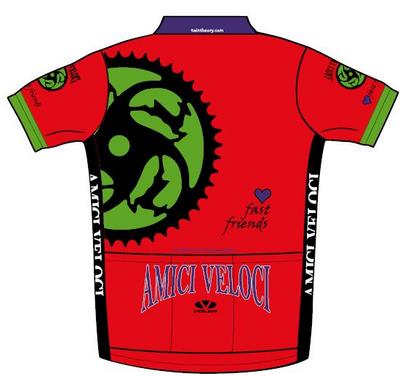 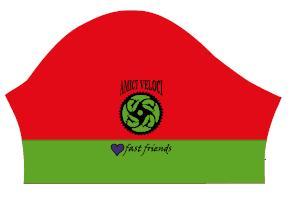 Updating the news on this ride I'd originally planned to help the newbies take a next step and generally have a good time. "No drop" is the motto for the day but with 3 lengths and one little hill to choose from one and all should find some fun. I really hope we can get more local riders out that we haven't met before.

2) To Winters around Lake Solano (@43-50 miles) and a pace of 14-15 mph or so -- Have 1 rider bumping up her distance. I think Petunia is leading but she seems to have date mix-up issues so I'm waiting to hear.

3) To Winters and over Cantelow (maybe 56-60 miles) - Pace 15-16 mph and maybe faster. Need to confirm a leader and sweep or even if anyone is interested.

Any volunteers? I'm hoping Yellow and Killer Bea are coming but Yellow is packing! Boo-hoo! MadCyclist, can you still make it? I'm counting on you to roust out the Robblog and drag him over Cantelow.
Posted by SadieKate at 8:49 AM 2 comments: 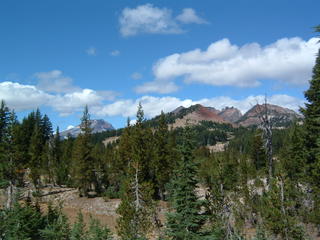 Sadly, I just returned from Bend. Sad, because a really wonderful trip with Sue (yellow) just had to come to an end. We had 4 terrific days of mountain biking the sweet single track of central Oregon. We did the classic river ramble to Benham Falls and the loop at Sisters, where we found Marney’s penstemon pillow from May but with dried stocks where once there were purple blooms. Jason (newly an Oregonian citizen) took us to Swampy Lakes and we had an epic descent to Tumalo Falls, Whoops, Phil’s and past the Flaming Chicken. Day 4 saw us exploring the upper elevations with Jason but Miss Petunia had to stay home nursing a bum leg. We did some truly serious root climbing up North Fork where I finally got to ride the Metolious-Windigo and Flagline Trails. They lived up to the hype. This was an epic ride day, especially with our 4 mile scenic detour. Fall has arrived in the high country.

Sue and I discovered that we must be sisters separated at birth. So many similar experiences and preferences – including soft and chewy molasses cookies. It was very fitting that I met my climbing goal with her on the Peterson Ridge loop in Sisters as she has been of major support in my quest to become a stronger hill climber. While WrenchBoy was the one who broached the wild idea of a goal of 100,000 feet, or the equivalent of 80 Empire State Buildings, I embraced the idea whole-heartedly. I’m amazed that I met the goal so early in the year and can only credit it to the sisterly support of all the girls on the TE forum who egged, er, cheered me on – Veronica, Kim, Jobob, Adventure Girl, Snapdragen, et al. Couldn’t have done it without them. I wish all of them could have seen the way I scaled the challenges of the North Fork climb, I think they would have been pleased. 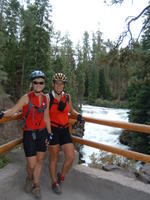